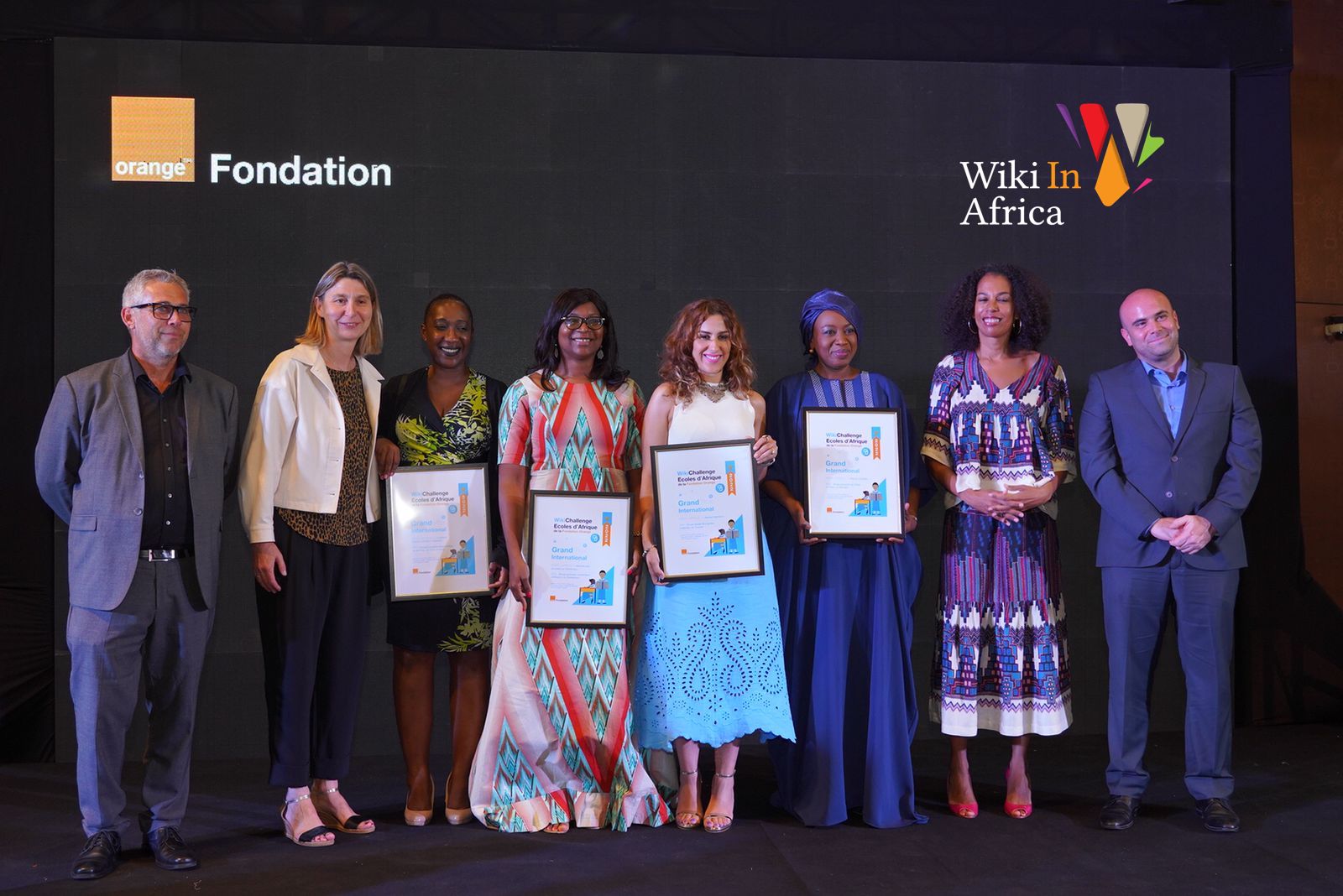 These are the unedited testimonies from school children who live in Africa. They have chosen to tell an aspect of their culture, of their daily life, of their history … they are unexpected, unusual, moving and, above all, unknown. Through Wiki In Africa’s WikiChallenge African Schools programme they have been able to publish their stories online to reveal an Africa that has been ignored by all, and to share the particular perspective of its children.

The fourth edition of WikiChallenge African Schools writing competition was organised in 9 African countries and resulted in 80 articles and 442 photos, drawings and videos submitted by students from 69 schools. The WikiChallenge African Schools contest is aimed at students between the ages of 9 and 13 that are attending primary schools in Burkina Faso, Cameroon, Ivory Coast, Guinea, Madagascar, Mali, Democratic Republic of Congo, Senegal and Tunisia.

As always, the contest was conducted in partnership with the Orange Foundation and its local versions in the countries concerned, as well as Wikimedians and Vikidia members of Wikimedia Tunisie, Wikimedians of Cameroon User Group, Wikimedia Community User Group Mali, Groupe d’utilisateurs de la communauté Wikimedia Guinée Conakry, the Vikidia Association, and Wikimedians for Offline Wikis User Group.

The WikiChallenge African Schools writing competition utilises the digital kits that the Orange Foundation provided to 1000 disadvantaged schools under their digital schools programme. The Digital Schools programme facilitates daily access to school-level educational and teaching content so that students can explore and learn about the digital world and the world around them. Through this programme, each digitally disadvantaged school child, without textbooks and/or the Internet, can easily access off-line educational content, such as the Khan Academy, Wikipedia, Nomad Education, Vikidia, etc. thanks to the tablets and Raspberry-Pi servers.

Another part of the Digital Schools package is the offline editing software WikiFundi, which was created and designed by our organization Wiki in Africa. The WikiFundi software has been specially developed and designed to allow students to prepare articles for publication on Vikidia. WikiFundi is  accessed in participating schools on their digital kits. WikiFundi comes with numerous teaching resources to guide the teacher in the contest. WikiChallenge African Schools could not happen without WikiFundi on their devices.

During this 4th edition, the students and teachers who decided to participate in the WikiChallenge were trained and supported by educational mediators as well as by Vikidians and Wikimedians from the usergroups mentioned above. The contest encourages the ‘Digital Schools’ children to write about and publish articles that reflect a little of their daily lives on Vikidia. In doing so, school children discover how to use digital technology to sharpen their writing skills, whilst sharing their local culture with the rest of the world.

The competition that allows everyone to see another Africa

Crafts, flora and fauna, rites and rituals, traditions, customs, cuisine, cities, monuments, natural phenomena, ethnic groups, celebrities and personalities, beliefs, local curiosities… so many subjects have been experienced and chosen by the school children to reflect their gaze through the articles created for the contest. At school, with the help of their teachers, they have created articles on topics that are dear to their communities. Students have to use a neutral, informative (encyclopedic) writing style that ensures their articles remain published on Vikidia in order to reinforce the everyday reality and diversity of African culture and daily life.

There is so much diversity in the subjects that were chosen by the children. You can access the articles produced during the last edition can be found here: WikiChallenge on Vikidia.

The international winners of the WikiChallenge African Schools contest in 2021 are the ADSF School of Deaf and Dumb in Antananarivo (Madagascar), Matonge Primary School (RdC) and Bandia Primary School (Senegal)!

This year, the international jury decided on 4 international winners who will each receive 5,000 euros in school supplies. Schools supplies include school bags, notebooks, computers among others.
The winning schools have been announced during a special ceremony held in Dakar as part of the ceremony du Prix Orange du Livre en Afrique in June 2022.

The jury also selected 8 national winners. Each of the national winning schools will respectively receive 2,000 euros in school supplies.. The prizes are to be awarded during a ceremony organized this month, or at the start of the 2021 school year (September) in each of the 9 participating countries.

The WikiChallenge African Schools program is one of Wiki In Africa’s leading digital inclusion actions for equal opportunities and to ensure access to knowledge.